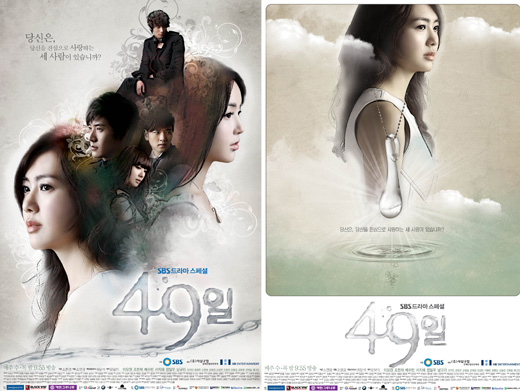 On this days episode of "49 Days" it turns out that Song I-kyeong (Lee Yo-won) and Song I-soo (Jung Il-woo) were lovers in the past.

Not only that, the spread of the story got even better as Han-gang (Jo Hyun-jae) meets Song I-kyeong who doesn't recognize him after the soul of Sin Ji-hyeon (Nam Gyu-ri) goes out.

""49 Days" best rate so far 11.2%... runs for first place"
by HanCinema is licensed under a Creative Commons Attribution-Share Alike 3.0 Unported License.
Based on a work from this source