4DX Will Heighten Your Movie Experience 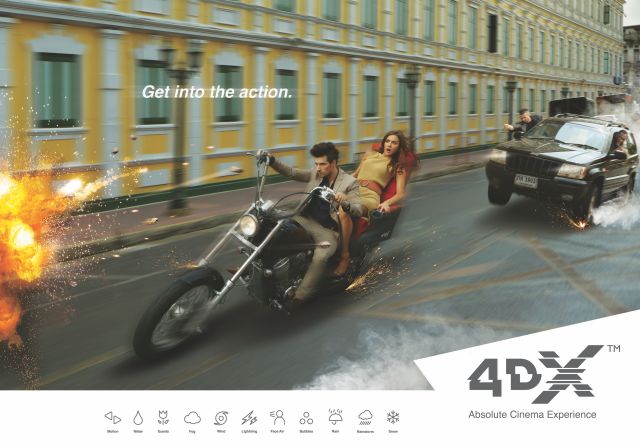 Going to the movies is one of the most popular past times because of its unique ability to immerse viewers in a world outside their own. In 2009, Korean company CJ 4DPLEX developed technology to enhance the movie-going experience: 4DX. The technology, which has expanded to over forty-eight countries worldwide, has been on the market for a while, but my visit to the Los Angeles 4DX lab was my first time experiencing it, which very much changed the way that I view the movie going experience.

4DX is a technology that taps into all of the senses in order to bring the viewer a completely immersive movie-watching experience. When I sat down in the very comfortable black chairs of the theater with a panel of vents in front of me, fans ensconced in the corners of the room, and other hidden features that I didn't discover until later, I didn't exactly know what I was anticipating. Marketing Coordinator Sarah Edge explained in an interview before the demonstration that I would feel like I was in the movie and for that reason, people keep coming back for more, for the immersive sensory experience.

Together, Ms. Edge and I watched several commercials and a long trailer for "Big Hero 6" while also wearing 3-D glasses. Smells of flowers permeated the air, the back of the chair poked me when Baymax is poked by Hiro, the entire unit of chairs rocked and rolled when the pair went flying, the wind blew my hair. The experience is exhilarating and there are people dedicated to crafting, shaping, and bringing that experience to life.

There to guide me through the 4DX experience was Editor David Bae, whose job it is to bring imagination to life - a dedicated experience maker, if you will. At his fingertips for 4DX creation are the chairs that move from front-to-back, up-and-down; ticklers that blow air onto the back of viewers' legs, machines that create bubbles, wind, rain, vibration, cool and warm air, and my favorite of all the experiences, smell. All of these combined place the viewer in the film they are watching.

Mr. Bae works in tandem with some directors who are beginning to embrace the 4DX experience from the inception of their films. Many films are given the 4DX treatment in post-production during which directors will provide input. Animation, action, and horror films are currently the most suited to the technology that is ever-evolving. 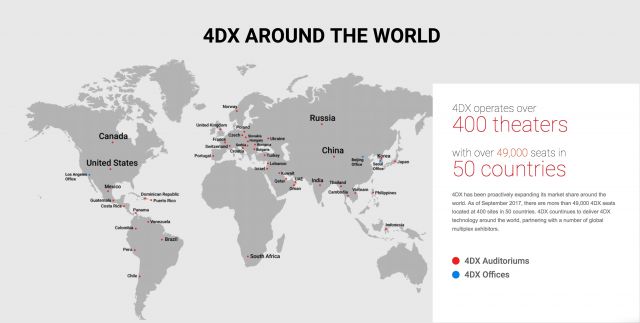 In the United States, there are nine theaters that are fitted with the equipment to bring audiences the 4DX experience. Worldwide, there are over 450 screens, a number that has grown 70% since 2009, reflecting the popularity of this immersive movie-going experience. Past titles have included "Justice League", "Coco", and "Baby Driver". Upcoming films in theaters are "Jumanji: Welcome to the Jungle" on December 20th and "Star Wars: The Last Jedi, opening today, December 15, in theaters from Los Angeles to Seattle to New York City and Orlando - and will be available in 4DX all over the world.

It's important to note that 4DX is a limited edition movie ticket: the movie is typically only in rotation in this format for a short amount of time before a new movie with a brand new experience is brought in. This is true all over the world. Films in theaters include the Hollywood blockbusters, but also local fare. Grab the opportunity while it's available. 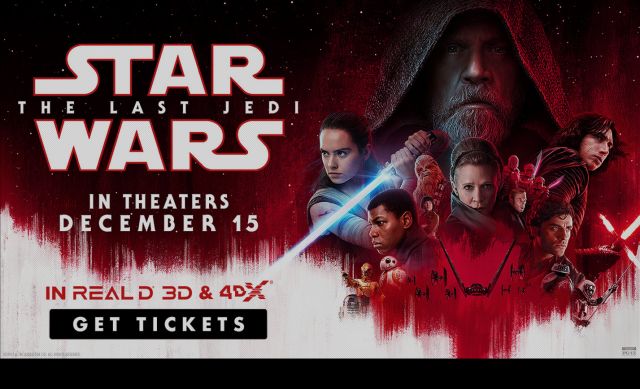 Have you experienced a 4DX film? If you could see any film in 4DX, which would it be? Let me know in the comments below.

"4DX Will Heighten Your Movie Experience"
by HanCinema is licensed under a Creative Commons Attribution-Share Alike 3.0 Unported License.
Based on a work from this source