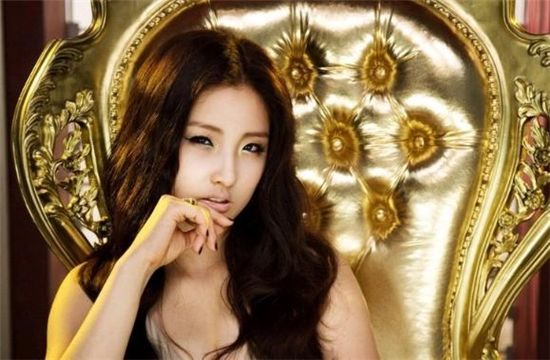 Son Ji-hyun, the leader of popular girl group 4minute, will make her acting debut through a TV series broadcast on public network SBS.

"It's Okay, Daddy's Girl" is a family drama about a girl who struggles to make ends meet while supporting her ill father. Nam will play the best friend of female lead Chae-ryeon (Moon Chae-won).

"I'm worried and excited at the same time. The more I practice the more I feel attached to my character. I'll do my best", Nam was quoted as saying in the statement.

The group advanced their singing career in Japan in May of this year and have also enjoyed success in other countries in the Asia region such Taiwan and the Philippines.

"4minute member Nam Ji-hyun to make acting debut"
by HanCinema is licensed under a Creative Commons Attribution-Share Alike 3.0 Unported License.
Based on a work from this source