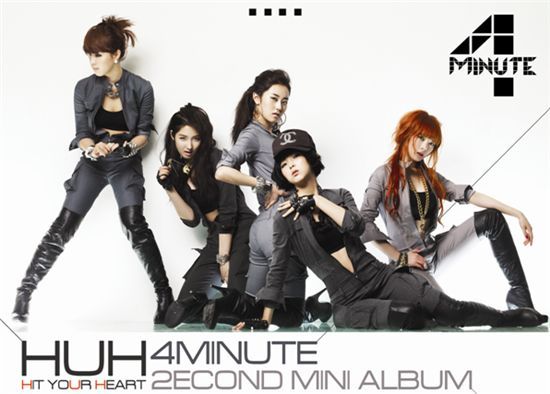 The female quintet took the crown from previous week's winner "Love" from boy band CNBLUE on Mnet's music show "M! Countdown", after having giving their first stage comeback performance on the show on May 20.

"We would like to thank our fans for always supporting us no matter what. We made it all this way because of our fans and our agency. We will work harder", the girls said in their acceptance speech.

4minute, composed of members Son Ji-hyun, Heo Gayoon, Jeon Ji-yoon, Hyuna and Sohyun, made their debut in 2009 with their single "Hot Issue" and found success with their first mini-album "For Muzik".

They also embarked on an Asia tour earlier this year, performing in front of thousands of fans in various countries including Taiwan, Philippines, Thailand, Hong Kong, and Japan.

"4minute scores first win on Mnet televised music program"
by HanCinema is licensed under a Creative Commons Attribution-Share Alike 3.0 Unported License.
Based on a work from this source