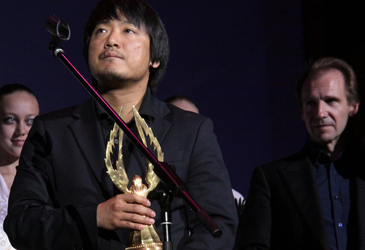 The fifth annual film festival "Zerkalo" was held in Ivanovo, the home region of Andrei Tarkovsky, a world-recognized movie director, author of "Solaris" and "Stalker".

The international programme of the festival included 10 movies from France, the Netherlands, and Hong Kong, Spain, Turkey and Russia and other countries.

But it is the South Korean drama "The Journals of Musan" that left the jury of the festival speechless after the screening.

"The Journals of Musan" is a debut for director Park, who not only directed but also wrote a screenplay of the movie. 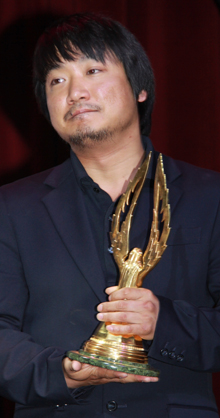 This movie, being one of the ten international pictures on the programme list of the festival made the jury and the audiences think about the eternal topics such as the survival of a person torn from his usual environment and left alone.

The main character of "The Journals of Musan" is a North Korean refugee who passes the border and struggles to make the ends meet and survive in a well-off republic of Korea.

"He is thrown into a new place with no connections, no perspectives and very little luck – the director makes us live through all the struggles of the character together", Alexei Medvedev, a programme director at the Mirror festival told The Seoul Times.

Anna Melikyan, a director and a producer from Moscow who was invited as a member of the jury at the festival told The Seoul Times that despite the fact that it was a pretty heavy movie in terms of the topic, the aftertaste remained bright.

"The Journals of Musan, on one hand raised simple questions, on the other hand they were of eternal character, upon which the entire world of literature is built", Melikyan said.

Mr. Park did not give certain answers to the questions raised, according to Melikyan – "but made us think – about life, about fate and a destiny of a single human". 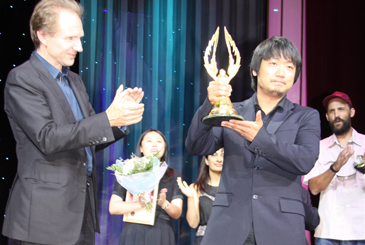 Speaking about the director himself, Melikyan noted that Mr. Park's work is filigree – " I would say it is quite noticeable, and thanks to his talent talent, Mr. Park does not push himself to the forefront of the movie, instead he watches his characters and is of course very sympathetic to them".

Melikyan told The Seoul Times what the name of the movie means to her - "of all, "The Journals of Musan" means sincerity for me. I did notice that the most poignant films are produced in countries where there are internal contradictions and conflicts".

Mr. Park was an assistant director to director Lee Chang-dong in 2009, at the set of "Poetry".

The ways to show the brutal history

Alexei Medvedev, a director of the programme of Tarkovsky's festival told The Seoul Times that he had noticed director Park, when he read he was an assistant to his favourite South Korean director Mr. Lee Chang-dong, when Mr. Lee was filming his "Poetry" two years ago - "I thought this fact was a good recommendation to watch Mr. Park's movie and choose him to participate in our festival".

"The Journals of Musan" was premiered at the Busan International Film Festival in South Korea in October 2010.

Medvedev found "The Journals of Musan" very interesting – "the first 20-30 minutes into the movie I had a feeling it's a very common work about troublesome life of people at a far away country, but in the second half of the movie, the director began to use the elements of the tragic history of the two countries - the movie and the story became very clear".

"I can compare the director's work to Alexei Balabanov's movie "Brat" (Brother), which also shows the history of one country from a more brutal perspective, when a director can surprise us like that, then he is definitely talented ", Medvedev said.

According to Medvedev, the story is very simple, yet it's tells the story clearly to the audience.

"I will definitely keep an eye on this director in the future, as I see a lot of potential in Mr. Park – we shall expect many more great movies from him", Medvedev said.

Speaking about the fifth jubilee festival Mirror, Medvedev said he wanted the programme to be more indie-movies related, rather than mainstream - "the indie-movie culture that existed in Europe from mid 20's century has shifted and I'm interested in this transformation – there are always people who have to say something and it's interesting to see the strategy they choose to express their inner world", Medvedev said, adding that "The Journals of Musan" is a good example, when a very personal story is told in a simple yet talented way. 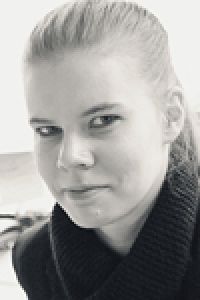 Lidia Okorokova serves as Moscow Correspondent for The Seoul Times. Previously she worked for the Moscow News, the Moscow Times, and the "Fusion" magazine in Dublin. She was a member of FEJS (Federation of European Journalism Students). She majored in linguistics and translations at Southern Federal University in Russia and received BA degree in journalism at Griffith College in Dublin, Ireland.