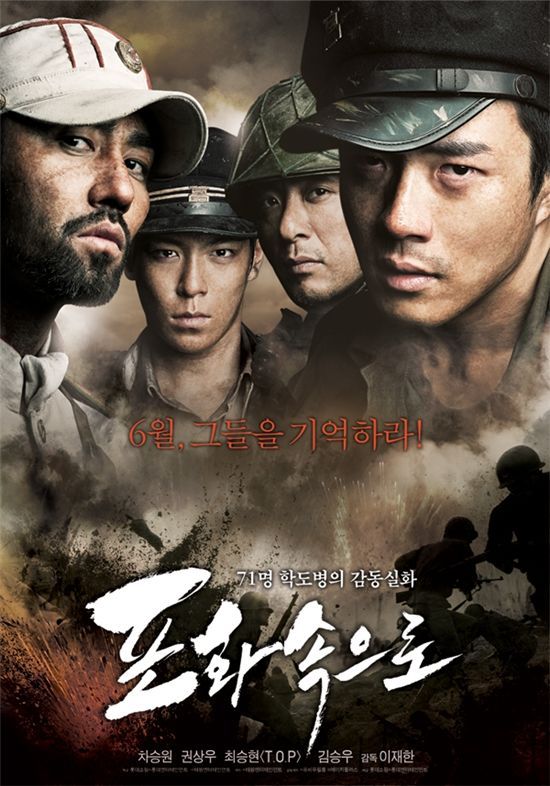 Official movie poster for "71-Into the Fire" [Taewon Entertainment]

Korean war epic "71-Into the Fire" is set to open in fourteen major U.S. cities including New York and Los Angeles on July 30, according to the show's producer Taewon Entertainment on Wednesday.

Taewon announced in a press release that the war pic will be showing at AMC, the biggest theater chain in the U.S., and MPARK4 Cinema theaters in various cities including Philadelphia, San Francisco, Seattle and Washington.

"71-Into the Fire" will start with a limited theatrical release and gradually increase its number of screens, depending on its U.S. box office performance, Taewon added.

Noted film critic Scott Foundas, who writes movie reviews for numerous U.S. publications including The New York Times and has an online column on Indiewire.com, gave the war drama high marks after seeing it at Stanford. He said the film has a universal appeal and even compared Kwon to the late Hollywood rebel James Dean.

The film's commercial success overseas, particularly in the U.S., is likely to increase the odds for a first-ever Academy Award nomination for a Korean motion picture. So far, no Korean film has made the Oscar nominations for Best Foreign Film.

"71-Into the Fire" is based on the true story of 71 student soldiers who fought during the Korean War, which marked its 60th anniversary last Friday.