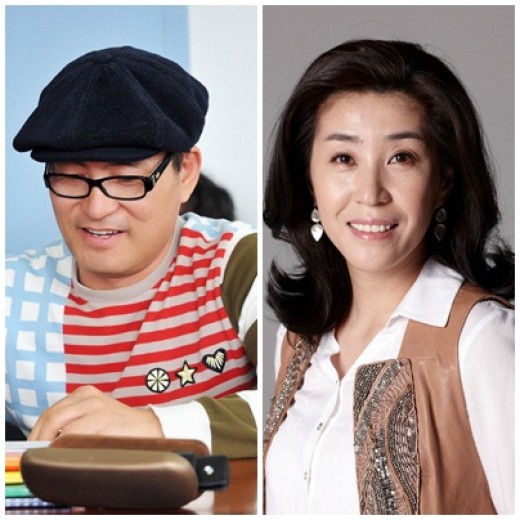 Lee and Kim are well known for their performances recently in the SBS drama "Faith" and others. They are getting together for the first time in 6 years since the KBS 2TV drama ""Hearts of Nineteen".

They have taken on the role of the parents of National Intelligence rookie agent Kim Seo-won. They are from the countryside and are troublemakers who are always causing trouble or fighting with their daughter for ridiculous reasons. They speak the dialect of Chungchung-do with their innocent faces and show the dignity of having an agent daughter.

The two raised expectations at the script reading with their comical actions and speaking the dialect.

"7th Grade Civil Servant" is an upcoming MBC drama of young men and women and two romantically involved but experts in fooling each other. To be aired in January after "Missing You".

""7th Grade Civil Servant" Lee Han-wi and Kim Mi-kyung as Choi Kang-hee's parents"
by HanCinema is licensed under a Creative Commons Attribution-Share Alike 3.0 Unported License.
Based on a work from this source