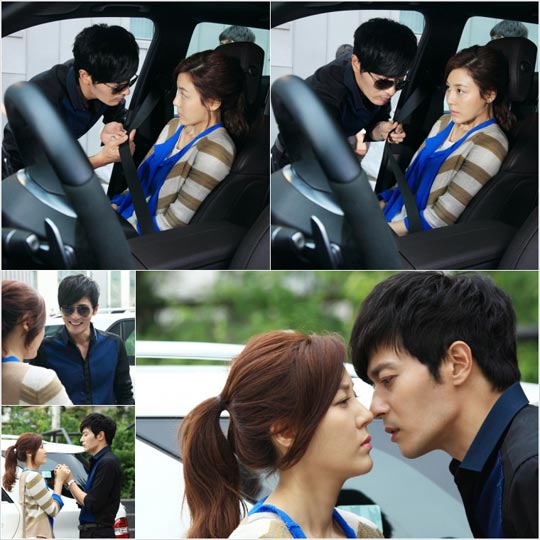 On the thirteenth episode of the SBS "A Gentleman's Dignity" coming on the 7th, Kim Do-jin (Jang Dong-gun) attempts to touch Seo Ee-soo (Kim Ha-neul) in his car while he is buckling her seat belt.

Kim Do-jin closes up on her to buckle her seatbelt and she seems surprised and has her body stuck to the chair.

This scene was taken in Seoul on the 1st and the actor and actress walked into the shoot with smiles on their faces.

Jang Dong-gun appeared in sunglasses to drive and everyone around the set couldn't help but stare in awe at his aura.

Jang Dong-gun and Kim Ha-neul work together so well that the seatbelt scene went along well with no NG's.

Production Hwa and Dam Pictures stated, "The romance between Kim Do-jin and Seo Ee-soo should make those watching them fell happy".

""A Gentleman's Dignity" Jang Dong-gun and Kim Ha-neul on a date"
by HanCinema is licensed under a Creative Commons Attribution-Share Alike 3.0 Unported License.
Based on a work from this source