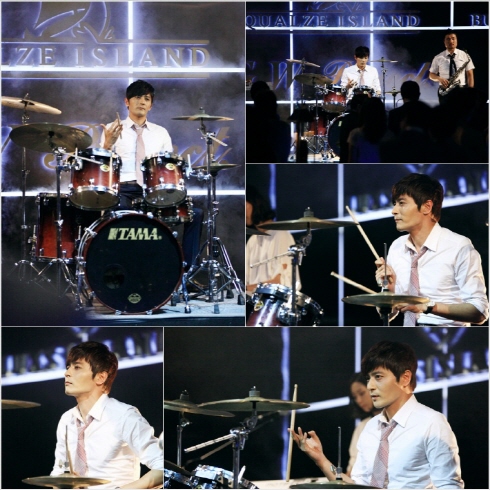 SBS "A Gentleman's Dignity" is going to perform an outstanding drum performance.

On the seventeenth episode of the drama "A Gentleman's Dignity" on the 21st, Jang will put on a show for the woman he loves.

With tie loose and sleeves up, Jang plays the drums with style.

Jang is about to make jaws drop with his talented drumming never see before on TV.

According to the production team, Jang's serenade scene was taken on the 18th in Seoul. He held the sticks in both hands with a look of coolness and heated up the atmosphere.

Jang Dong-gun learnt the drums for a fan meeting in the past and has continued learning it until now.

The production claim, "Everyone was surprised at his amazing performance. He was almost professional".

""A Gentleman's Dignity" Jang Dong-gun's drum skills"
by HanCinema is licensed under a Creative Commons Attribution-Share Alike 3.0 Unported License.
Based on a work from this source