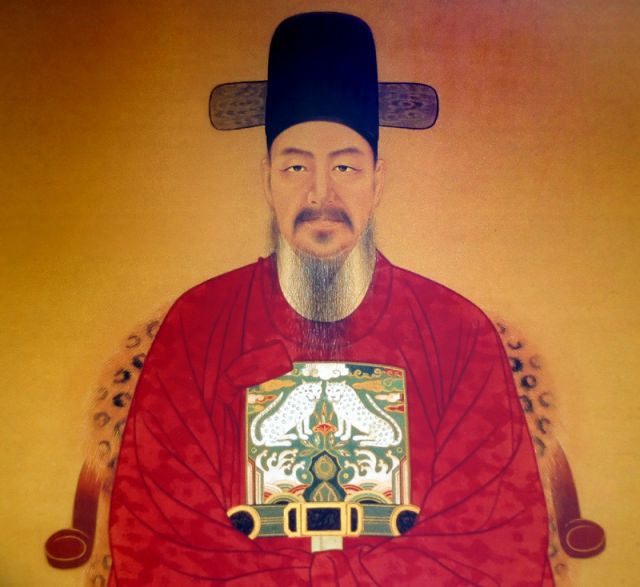 A box office hit "The Admiral: Roaring Currents" is spurring the sales of books on a 16-century admiral.

Kyobo Book Center, Koreas largest bookstore, said the number of books sold on Admiral Yi Sun-shin reached 1,705, up by 54 percent from a year ago (1,102 books). Given that the movie was first released on July 30 and is setting a new record every day, a surge in demand for Admiral Yi has just started.

Bookstores have as many as 150 sorts of books related to the admiral such as But There Was Yi Sun-shin, Yi Sun-shins Empire, A War Diary, Doing Ones Best with Sincerity, and Yi Sun-shins Leadership. According to Kyobo Book Center, Kim Hoons Song of the Sword was sold most with about 700 copies sold between July 1 and Aug. 5. We sold some 100 copies per day early last month but more than 700 copies on Aug. 4, which shows a surge in sales, said editor-in-chief Yeom Hyeon-sook of Munhakdongne, the bestsellers publisher. Like the movie The Admiral: Roaring Currents, people seem to like Song of the Sword because it describes Admiral Yis agony in depth.

The third most selling book is But There Was Yi Sun-Shin authored by Kim Tae-hoon who compared war history of all ages and countries with Admiral Yis maritime war. The book seems to have captured those who were captivated by epic naval combat scenes in the latter part of the movie. In addition, Doing Ones Best with Sincerity (authored by Park Jong-pyeong) and Yi Sun-shins Leadership (authored by Roh Seung-deok) were ranked fourth and fifth, respectively. The former describes why Admiral Yis value is still valid today and the latter analyzes Yis character based on the five virtues of Confucianism.