A slice of Seoul on exhibit in London 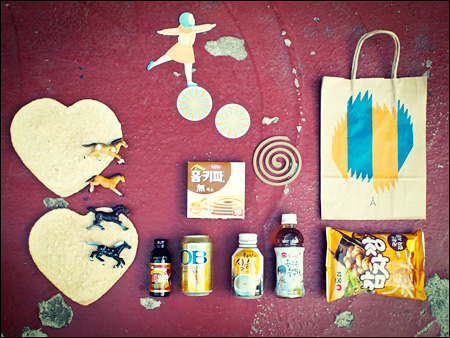 "My Shopping Bag: Allegories of Seoul 2011" will provide a glimpse of Seoul to Londoners through a shopping columnist's purchases this summer. Stella Gu, an independent curator based in Seoul and London, organized the exhibition and it was invited by the La Scatola Gallery as a part of the London Design Festival 2011. 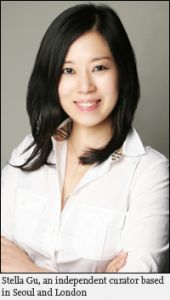 "Contemporary is the art of today and the importance of cultural and regional context is growing bigger and bigger. 'My

Shopping Bag' aims to bridge two contemporary cultures in Seoul and London", Gu said in an interview with The Korea Times.

Bae Jung-hyun, former editor-in-chief of Nylon magazine in Korea and the first shopping columnist for the nation, joins the project by exhibiting her list of purchases. As a former staffer of an international fashion magazine, she has a broader understanding of the contemporary esthetics of diverse cultures from metropolitan cities such as London, New York, Paris, Shanghai and Tokyo.

Bae purchased and collected the objects and asked people about Seoul in August and Gu and Bae discussed what to display in the London gallery. "We need a direction since we cannot bring everything", Gu said.

"It is impossible to introduce each and every one of the 14 million people living in Seoul in a comprehensive way, so Bae is an anonymous sample among Seoulites", she said.

Though the exhibition is named "My Shopping Bag", it not only includes the result of her shopping, but what she saw, heard and felt in Seoul in August 2011. "Consumption still takes an important part of 21st century culture", Gu added.

The objects vary from a bag of "Saewookkang", a popular local snack, and a shampoo bottle to subway maps and a stainless steel carrier used for delivering Chinese food "A life-size paper cut-out in front of stores can be a cultural icon of Seoul, symbolizing the commercialization of celebrities in marketing", Gu said.

The curator said it was essential to make Bae understand the concept of art. "Bae is not from the art scene and her previous audiences were fashion magazine readers. Now she shifted the idea onto the context of contemporary art with a raw, fresh twist".
Gu said the exhibition is not to just to show the culture of Seoul. "Culture incorporates lifestyle and social changes. It constantly changes and evolves and cannot be generalized. However, I still want to share the contemporary culture of Seoul with London".
In this case, items collected and archived by a shopping columnist become the material for the exhibition.

"Each object and photograph we brought from Seoul will be shown in the form of installation art, but each of them performs as an independent piece as well", Gu said. "People from more than 180 cultures live in London and all of them will appreciate these objects in a different way".

She made it clear that the project is not to promote Seoul or attract tourists. "I rather want to arouse a cultural discourse", Gu said. "The exhibition might continue to other cities such as New York, but there is little point in it if the exact same exhibition travels. I will see how it develops in London".

The curator emphasized that the world is going "glocal", a term that combines global and local. "It is important to respect each member of the global society and 'My Shopping Bag' is an experimental response to the trend as a curator".
The exhibition runs through Oct. 1. For more information, visit www.jwstella.com or www.lascatolagallery.com.

"A slice of Seoul on exhibit in London"
by HanCinema is licensed under a Creative Commons Attribution-Share Alike 3.0 Unported License.
Based on a work from this source