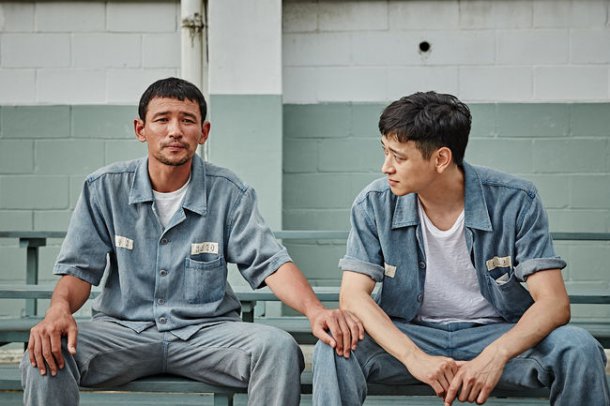 According to the Korea Film Council, "A Violent Prosecutor", which was released in 1,226 theaters on the 3rd, gathered 525,636 audiences and came in 1st in the Box Office that day.

"A Violent Prosecutor" beat "Kung Fu Panda 3" that was in first place all along since its release.

"A Violent Prosecutor" is about an investigator named Jae-wook (Hwang Jung-min) in prison who meets a fraud named Chi-won (Gang Dong-won) who can clear him name.

""A Violent Prosecutor" opening score: 5th place at 520,000 ticket sales"
by HanCinema is licensed under a Creative Commons Attribution-Share Alike 3.0 Unported License.
Based on a work from this source