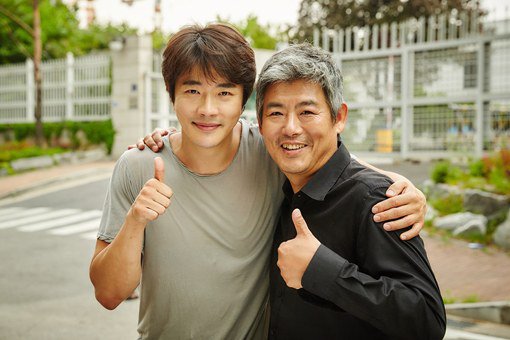 Actors kwon Sang-woo and Sung Dong-il's dual play is creating unexpected results. Therefore, it's possible there might be detective series coming up soon.

"Accidental Detective" has hit 2.1 million audiences since its release on the 24th of September. This was unexpected and on the 6th it even beat "The Throne" starring Song Kang-ho and Yoo Ah-in.

"Accidental Detective" has passed its breaking point and it's likely that it's making theater profits and even additional copyrights. Now there's the question of a sequel.

First, the main characters must be committed. kwon Sang-woo shows affection for "Accidental Detective" as he said, "I want to be a part of the sequel". He feels achievement from his comical act with his co-star Sung Dong-il.

The same can be said for Sung Dong-il. He said, "The director, kwon Sang-woo and myself have seven children in total. I hope we can all become good fathers thanks to the movie".

The movie was titled, "Detective" at first but the additional "The Beginning" was added later on. This noted the start of the movie and a possibility of a series later on.

The production team is going to talk about it after the movie is taken down from cinemas. If there is a sequel to "Accidental Detective", it might be the birth of another detective series after "Detective K".

""Accidental Detective" hits 2 million, possibility of a TV series?"
by HanCinema is licensed under a Creative Commons Attribution-Share Alike 3.0 Unported License.
Based on a work from this source