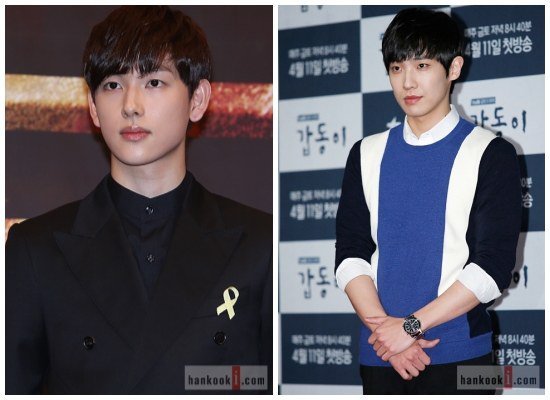 The number of acting idols is increasing. Doesn't matter main role or not, there isn't a drama or movie without one. There have been negative reviews about them getting in the way of rookie actor and actresses. They're easily brought into the cast because of their fame as singers. However, these idols have proven to be much better prepared than imagined and therefore, people's views about them are changing.

Im Si-wan from ZE:A - Children of Empire is the standard acting idol. He didn't get great attention when he first came out but things changed when he starred in the MBC drama "The Sun and the Moon". His impressive performance made people remember him and this led to more dramas like "The Equator Man" and "Hope for Love".

"The Attorney" was another story with a history of 10 million audiences. Im Si-wan went from being an innocent college boy to grass roots. The scene where his eyes are impoverished from torture and his quick escape is known to be the best scene of the movie.

He is starring in the new MBC drama "Triangle - Drama" next month. He plays Yoon Yeong-ha, the youngest of three brothers. He lives an affluent life after being adopted into a rich family, but has the trauma of being abandoned.

Lee Joon has been in the center of attention ever since his debut. He starred in the movie "Ninja Assassin" and continued onto "Jungle Fish 2" and dramas "Ghost - Drama", "IRIS 2" and more.

"Rough Play" has changed things for Lee Joon. This movie is about Oh Yeong becoming a top star and falling to the ground again. If most idol stars think too much of their image and limit their choice of character, "Rough Play" was a shocking one. Lee Joon revealed most of his body for a bed scene and absorbed his viewers. He also won the Rookie Award in the 1st Wild Flower Awards.

Lee Joon is currently starring in the tvN miniseries "Gabdong - The Serial Killer" as psychopath Ryu Tae-oh. He's a regular youth, but insensitive to others' pain.

"Acting idols: Im Si-wan vs. Lee Joon"
by HanCinema is licensed under a Creative Commons Attribution-Share Alike 3.0 Unported License.
Based on a work from this source