Actor and actress couple, Lee Ki-woo and Lee Chung-ah in their first pictorial together 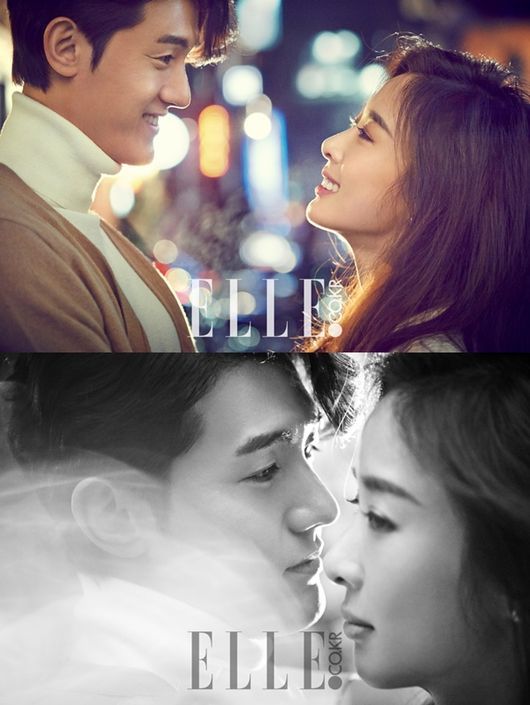 The official celebrity couple Lee Ki-woo and Lee Chung-ah released a pictorial featuring them together.

For the pictorial released on February 16th, they stood in front of camera together for the first time since they announced their relationship and showed off their romantic moments.

The two posed as a romantic couple for the pictorial in the landmarks of Seoul such as Cheonggyecheon, Namsan, and Garosu-gil. The couple exchanged their romantic glances sharing emotions. As a real couple, they created the lovely moments naturally, which made the pictorial shooting effortles.

When Lee Ki-woo was asked about their 'Illuminating moments', he said Lee Chung-ah is a daughter of stage player Lee Seung-chul-I, who co-starred with him in movie "The Classic" as Lee Ki-woo's father 12 years ago.

More about their pictorial and interview of "Illuminating moments", the glogal compaign by La Mer to celebrate the launch of illuminating eye gel can be seen in Elle March issue

"Actor and actress couple, Lee Ki-woo and Lee Chung-ah in their first pictorial together"
by HanCinema is licensed under a Creative Commons Attribution-Share Alike 3.0 Unported License.
Based on a work from this source