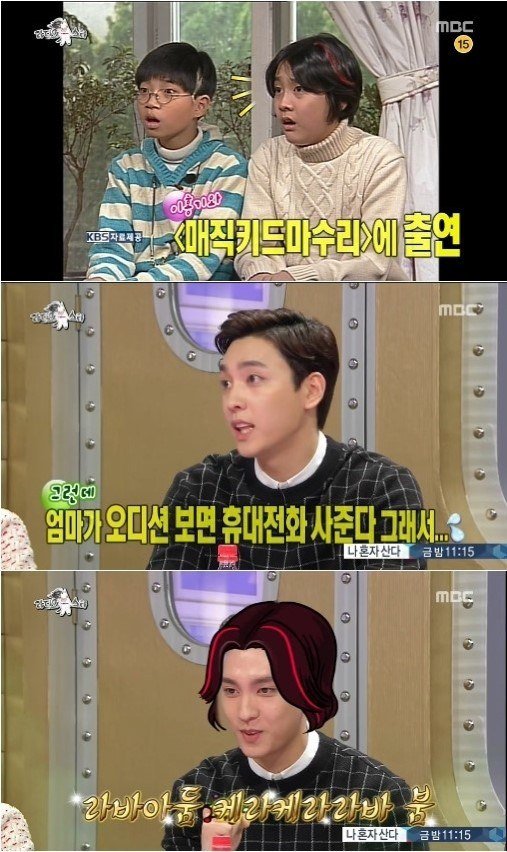 Actor Choi Tae-joon appeared on the MBC talk show, 'The Radio Star' on December 10th and his debut as a child actor.

Along with other guests, 'Gangnam', 'Hyeri', and Yoo Byeong-jae, writer for SNL Korea, he had a good conversation. Choi Tae-joon said had been a child actor on the KBS 2TV children's drama, 'Magic Kid, Masuri' (2002) and the SBS drama, "Piano" (2002).

He said the 'Magic Kid, Masuri' was a very popular TV show at the time; however, he did not want to appear on the show because he thought the childish premise might cause teasing from his friends. He said his mother had promised him to buy a cellphone in return if he would go for an audition. As a result, he was casted for said role.

Choi Tae-joon explained further "The wizard had to make a ring before he could cast a spell. Later, they decided to cut out that part for casting a spell to accomodate the runtime".

He made the panel and guests laugh by demonstrating how to cast a spell as the wizard from his years as a child actor.

"Actor Choi Tae-joon says he debuted as child actor who played bad wizard "
by HanCinema is licensed under a Creative Commons Attribution-Share Alike 3.0 Unported License.
Based on a work from this source