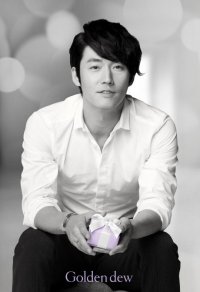 According to Jang's management agency, Sidus HQ, the actor stars as Elva's love interest in three of her latest music videos.

The Taiwanese producer of the music video said although it was the first time that the two stars met, they shared great chemistry and delivered an outstanding performance.

Jang became well-known in Taiwan through dramas such as "The Successful Story Of A Bright Girl" and films like "Windstruck".

Jang, who recently became married, has been cast in the upcoming SBS TV drama series "Tazza" and film "Searching for the Elephant".