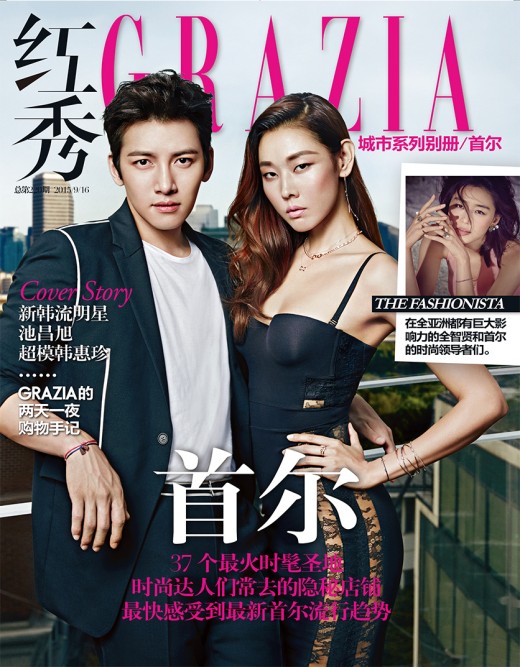 Fashion magazine Grazia chose actor Ji Chang-wook and model Han Hyejin as their cover models for Seoul City Book, a separate volume to be published in Korean and Chinese.

An associate with Grazia said that Ji Chang-wook, who fascinated China with his roles in dramas such as "Empress ki" and "Healer", and model Han Hyejin has been showing brilliant performances in entertainment shows recently, were the excellent choice as models representing Korea on the cover of the Seoul City Book.

During the photoshoot, Ji Chang-wook said, "If someone is visiting Seoul for the first time, I'd like to take the visitor to Han River for sure. I also suggest walking around the alleys in regular residential area in Seoul".

Seoul City Book by Grazia containing the latest and the most interesting information on Seoul are issued in Korean and Chinese. The Chinese version was issued in China on September 16th.

"Actor Ji Chang-wook and model Han Hyejin grace the cover of Seoul City Book by magazine Grazia"
by HanCinema is licensed under a Creative Commons Attribution-Share Alike 3.0 Unported License.
Based on a work from this source