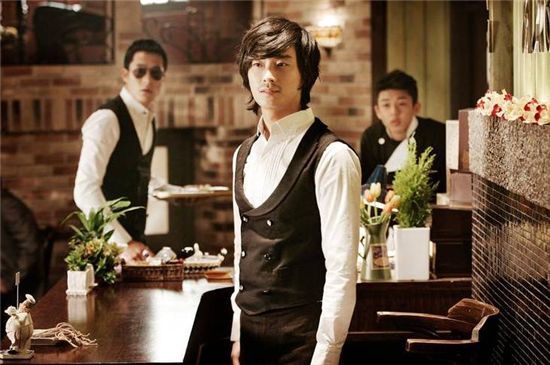 Actor Ju Ji-hoon has signed with top Hallyu star Bae Yong-joon-owned entertainment firm KEYEAST, according to the agency on Wednesday.

According to a press release by KEYEAST, Joo, who is currently serving in the army to fulfill Korea's two-year mandatory military duties, finalized a contract with the firm early this month ahead of resuming his acting career in November when he is set to be discharged.

KEYEAST said it plans to support Joo in his future activities both at home and overseas by cooperating with its Japanese subsidiary Digital Adventure (DA) as well as air various promotional events on Asian entertainment cable channel DATV.

Joo, 28, started out as a model and later became popular in Korea as well as China and Japan through his debut role in 2006 hit TV series "Princess Hours".

He halted his career last April however, after receiving a six-month jail term suspended for a year along with 120 hours of community service for illegal drug use.

"Actor Ju Ji-hoon signs with Bae Yong-joon agency"
by HanCinema is licensed under a Creative Commons Attribution-Share Alike 3.0 Unported License.
Based on a work from this source