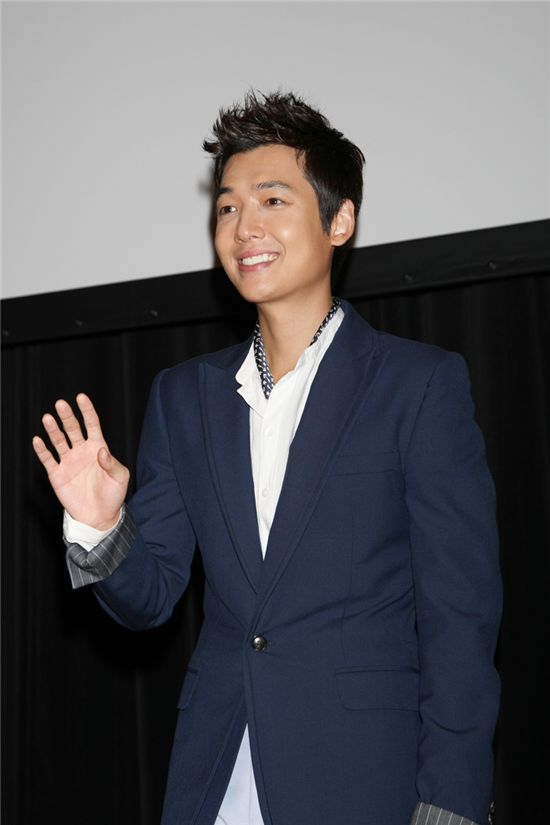 Korean actor Jung Kyung-ho will enter the military on November 30.

According to Choun's agency N.O.A. Entertainment, the 27-year-old actor will leave for the 306th draft located in the city of Uijeongbu of the Gyeonggi Province at the end of this month.

He will go through five weeks of basic training there and then be assigned a permanent base.

"I plan to take it all in a stride because this is a duty that every Korean man must uphold. I believe this will be an invaluable experience for my acting career. I'll return more manly and mature two years later", Jeong was quoted as saying.

Jeong, who suspended his activities after his weekend SBS drama "Smile, You" ended in March, he re-emerged to take part in a KBS "Drama Special - The Great Kye Choon-bin" and global sharing program "Sweet Rain" which is part of MBC's variety talk show "Sunday, Sunday Night".

Last August he also flew to Japan to meet with his fans there and hold his birthday party.

"Since we knew Jeong would leave for military this year, we didn't expect the date to get this delayed", an official at Jeong's agency N.O.A. Entertainment was remarked as saying in the statement.

"However, he wanted to do something worthwhile before he leaves. That's why he went for the KBS drama special which was a one-act play and took part in volunteer work in Vietnam through the variety show. He was satisfied with what he did".

"Actor Jung Kyung-ho to enter military on Nov 30"
by HanCinema is licensed under a Creative Commons Attribution-Share Alike 3.0 Unported License.
Based on a work from this source