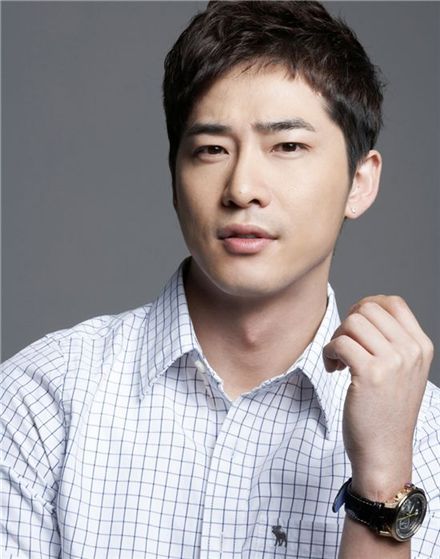 Korean actor Kang Ji-hwan has been tapped to play the male lead role in upcoming SBS drama "Coffee House" (formely known as "Page 1"), according to the drama producer's Core Contents Media on Friday.

"Kang was chosen because he did an impressive job in the movies 'My Girlfriend is an Agent' and 'Rough Cut'", Core Contents CEO Kim Kwang-soo was quoted as saying in a press release.

"We also determined that the recent controversy regarding Kang and his former agency is not an issue", Kim explained, addressing an ongoing legal spat between the two parties over the actor's working contract.

This will mark Kang's comeback to the small screen for the first time in two years, where he will play the role of Lee Jin-soo, a writer who rose to stardom at an early age because of his bestsellers.

Actress Park Si-yeon will also appear in the drama, playing the role of a publication house CEO who Jin-soo is in an undefinable relationship with.

"Coffee House" (formely known as "Page 1") will be helmed by director Pyo Min-soo, whose other works include hit series "Full House" and "Worlds Within".

"Coffee House" (formely known as "Page 1") will go into shoot beginning early April and is set to premiere after current Monday and Tuesday drama "Oh! My Lady" ends its run.

Kang, who debuted in 2001 through the Korean version of the musical of "The Rocky Horror Show", has appeared in several TV dramas including "Be Strong, Geum-soon!" "Capital Scandal" and "Hong Gil Dong".

He shot to stardom in Korea and throughout several countries in Asia after starring in "My Girlfriend is an Agent" alongside actress Kim Ha-neul.

"Actor Kang Ji-hwan to star in new SBS drama "Coffee House" (formely known as "Page 1")"
by HanCinema is licensed under a Creative Commons Attribution-Share Alike 3.0 Unported License.
Based on a work from this source