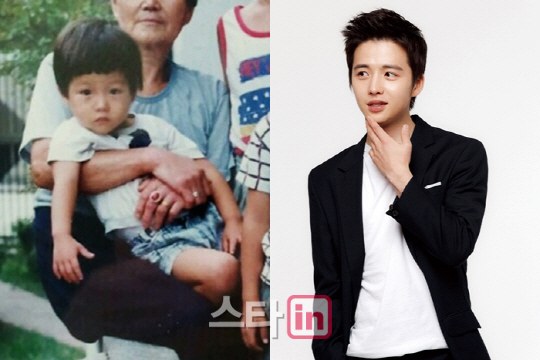 Namu Actors revealed this picture on Twitter on the 18th.

Kim Hye-sung was 4 years old when this picture was taken. He is in his grandmother's arms. Despite the young age, Kim Hye-sung has big clear eyes and handsome features.

Kim Hye-sung returned safely from trip he took with the SBS program "Rules of the Jungle in the Himalayas". Feeling attached to the family of Pinjo, Kim Hye-sung spent his last couple of hours with Pinjo and his family. This episode can be seen on the 19th at 10PM.

"Actor Kim Hye-sung proven born handsome"
by HanCinema is licensed under a Creative Commons Attribution-Share Alike 3.0 Unported License.
Based on a work from this source