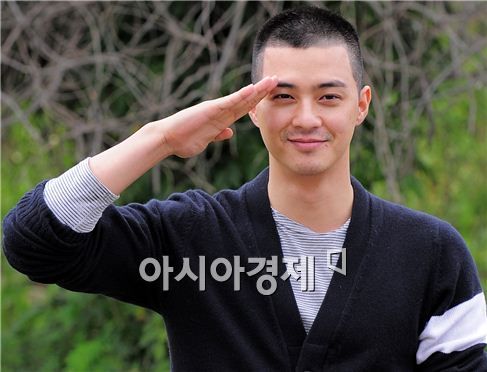 "I will leave behind who I am as I enter the military. I will engage myself in military life with the thought that I am not myself anymore", the 29-year-old actor said to reporters and fans just outside Nonsan military training camp in the province of South Chungcheong on Monday.

He then joked, "My fellow actors advised me not to try and beat everyone at everything the whole time in training camp".

Kim is set to fulfill his military duties as an active-duty soldier for 20 months after spending a few weeks in training.

Kim, who debuted in 2002 through KBS TV series "Loving You", has appeared in about a dozen dramas.

His roles in shows including "Golden Apple", "Great Expectations", "Golden Era of Daughter in Law" and "Wish Upon a Star" have gained him popularity in Japan.