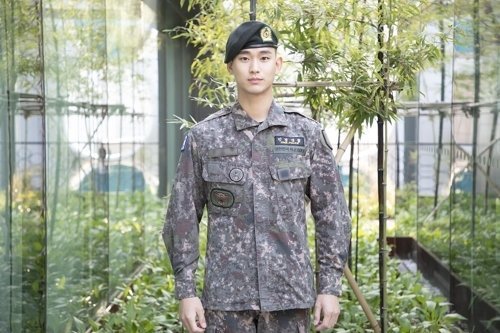 Actor Kim Soo-hyun will be discharged from the military next month after fulfilling his mandatory 21-month service.

Kim made his acting debut in 2007 and earned his fame gradually through a number of films and TV series, most notably the megahit series "The Sun and the Moon" (2012) and "My Love from the Star" (2013).

According to his agency KeyEast, Kim has already signed an advertising contract with a cosmetics brand, and is considering various films and TV series for his first project after returning to work.