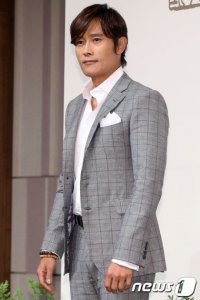 GI Joe: Rise of the Cobra starring Korean actor LEE Byeon-hyun is to open this Wednesday August the 7th. This is the latest international film to star a Korean actor in an English role. Just this year alone "Blood: The Last Vampire" starring Korean actor Gianna JUN (Jun Ji-hyun, "My Sassy Girl" 2001) was released as well as Wolverine with Daniel Henny. In addition, this is not Lee Byung-hun's first English speaking role. He also played an English speaking Hong Kong gangster in Japanese film "I Come with The Rain" (2007) along side Takuya Kimura and Josh Hartnett.

LEE plays character Storm Shadow in the film directed by Stephen Sommers of The Mummy Returns (2001). The Brussels-based Global Integrated Joint Operating Entity (GI Joe) is a world-wide organization dedicated to fighting evil. The film focus on the battle between GI Joe and the rising criminal organization 'Cobra' run by arms dealer Destro. .

The release of the movie signals Hollywood's growing focus on Asia. As well as recruiting Asian actors in more and more English speaking roles Hollywood is also now focusing on making films in Asia. For years many Asian Film Industries have set their sights, in one way or another on Hollywood, however, it seems now as though Hollywood is coming to Asia. Paramount Pictures and Hasbro (who collaborated on the Transformers series in which the second installment was partly filmed in Shanghai) teamed up with Spyglass Entertainment to create the film. GI Joe will be released in Korea August 6 and in the U.S. August 7.

"Actor Lee Byung-hun's Hollywood Flick GI Joe: Rise of the Cobra Opens this Week"
by HanCinema is licensed under a Creative Commons Attribution-Share Alike 3.0 Unported License.
Based on a work from this source