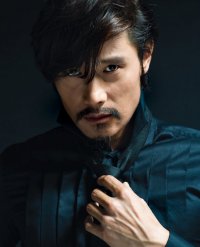 The actor, who successfully pulled off seven large-scale fan meetings in four major Japanese
cities last year--Tokyo, Osaka, Fukuoka and Nagoya--will launch a two-month film-screening
tour in 13 cities across Japan, including Hiroshima, Fukuoka and Hokkaido. The tour will begin
on April 18 in Tokyo.

The tour, which will include a total of 47 film-screening events, will also feature backstage
scenes from last year's Arena Tour as well as the latest and yet unreleased videos for Lee's
fans. The actor is currently busy shooting a Hollywood film 'I Come with the Rain' with director
Anh Hung Tran as well as 'GI Joe', a film based on a popular animated series.

Meanwhile, Lee plans to return to the local big screen this summer by starring in 'The Good, the Bad, the Weird' with fellow star actors Song Kang-ho and Jung Woo-sung.