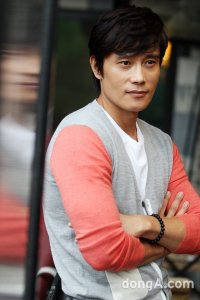 Hallyu star Lee Byung-hun will receive an award from the Japanese Ministry of Land, Infrastructure, Transport and Tourism.

The ministry announced Wednesday the list of awardees, which included Lee among others. The award ceremony will take place on Oct. 20.

Lee was chosen for promoting local tourism through the popular Korean TV drama "IRIS", which introduced the charms and attractions of the Akita Prefecture.

In the series, Lee and his co-star Kim Tae-hee shared romantic moments amid the snow-covered mountains, springs and ski resorts of Akita. The area enjoyed an influx of visitors, particularly Japanese and Korean fans who paid visits to sites featured in the TV drama.

This is not the first time for a local drama to attract tourists to its locations. "Winter Sonata" (2002, KBS) had flocks of Japanese tourists visiting Chuncheon and Nami Island, Gangwon Province, while fans of "Boys over Flowers" (2009, KBS) inspired Koreans to travel to Macao.

"Actor Lee Byung-hun to receive award from Japanese ministry"
by HanCinema is licensed under a Creative Commons Attribution-Share Alike 3.0 Unported License.
Based on a work from this source