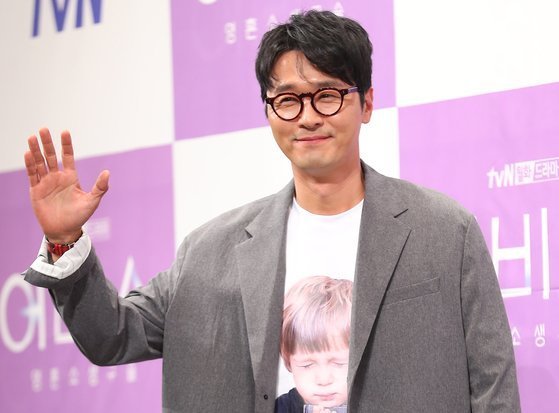 Actor Lee Sung-jae, who was born in 1970, is becoming a young grandpa before even hitting 50.

Koom Entertainment announced on the 16th that his eldest daughter is currently five months pregnant and is due this fall.

Lee Sung-jae's first daughter, Lee In-young, majored in dancing in Vancouver, Canada and was active in a performance production. She got married with her boyfriend she'd been seeing for 3 years last December. Lee Sung-jae apparently allowed this marriage based on the love and faith they had for each other despite the fact that she is young.

Lee Sung-jae has mentioned his daughters several times on TV and showed his undying love for them. He recently played Oh Yeong-cheol, a psycho killer in the tvN drama "Abyss".