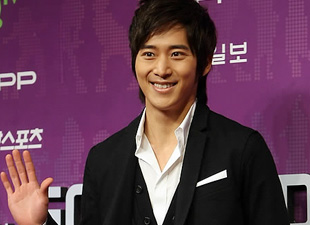 It's already been two years since actor Lee Wan went off to serve his military duties. You know what that means. He's out.

Hundreds of his fans, most notably from Japan, gathered at Lee's discharge ceremony in Yongsan on April 23rd.

When asked about his older sister, the beauty Kim Tae-hee, Lee mentioned that though she didn't visit often, she did help his experience out by giving him 2,000 copies of her autograph which Lee passed out to his fellow seniors and juniors.