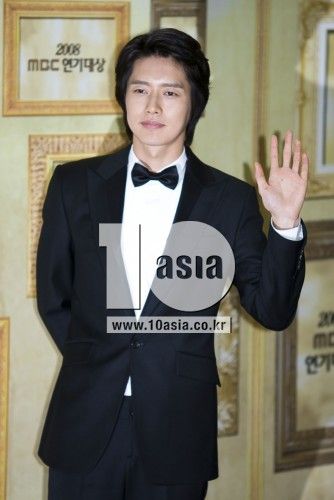 Korean actor Park Hae-jin is embroiled in controversy after being suspected of evading Korea's two-year mandatory military service by falsely reporting of suffering from mental conditions.

Debate had been mounting since early last week after police stated they are planning to investigate into the neuropsychiatry department of a hospital in Korea's city of Daegu in the North Gyeongsang Province on charges of providing false medical reports declaring draft evaders unfit for military service.

Park was in the department's records -- he received outpatient treatment from June 2003 to March the following year during which he was prescribed medication for schizophrenia. That March, he became exempt from fulfilling his duties.

According to military service law, men who have been treated for six months or hospitalized for over one month at the neuropsychiatry department of a hospital can be excused from serving in the military.

However, should investigation reveal that the hospital is guilty of the charges, Park's case can be handed over to the Military Manpower Administration for being issued a false diagnosis which has a statute of limitation of ten years.

Police had attempted to investigate into the case last year but were unsuccessful after discovering that the statute of limitations on violations of military law arising from mental illnesses had expired. The limitation was revised from three to five years in 2006, two years after he was declared unfit to serve in the military.

The statement started by acknowledging that Park had been exempted from the military for a mental disease, but it was from depression and social phobia, not schizophrenia.

It then explained there was no reason for Park to illegally attempt to evade his draft duties at the time -- it was not until his debut through TV series "Famous Princesses" in 2006 that he became a celebrity. His exemption was declared on March 22, 2004.

Also, Park had been suffering depression from a young age so he continued to receive treatment for his condition every month at the hospital, from mid-June in 2003 to November 2005.

The statement then said Park will willingly take a reexamination. "Park himself believes there is nothing to hide as long as he is guilty about nothing and rather believes the entire truth must be opened to the public. The ruling came six years ago but if he is judged to have a body that is healthy enough to serve in the military compared to the past, he will happily do so".

After making himself known through "Famous Princesses", Park, 27, has starred in various dramas including "By Land and Sky", "East of Eden" and "Hot Blood".

He also appeared as a regular on the first season of SBS' variety show "Family Outing" alongside emcee Yoo Jae-suk and Lee Hyori.

"Actor Park Hae-jin suspected of shirking military service"
by HanCinema is licensed under a Creative Commons Attribution-Share Alike 3.0 Unported License.
Based on a work from this source