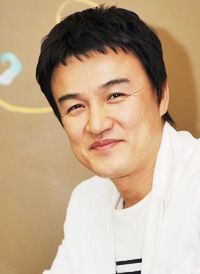 Actor Park Joong-hoon will be appointed as Gangnam-gu's publicity ambassador.

Gangnam-gu Office said Thursday that it will name the 45-year-old actor as honorary ambassador in a ceremony at the Hakdong Elementary School in southern Seoul, Friday, to promote the ward office's "school sheriff" project.

School sheriffs are those dispatched to schools to protect children from kidnapping, violence or sexual assault on school grounds.

"Park has played the role of detective in many movies including 'Two Cops', 'Nowhere To Hide' and the latest one 'The Apprehenders'. The actor 'specializing in playing a detective' is the most suitable person to be appointed ambassador to promote the school sheriff program", a ward official said.

Park will patrol the school area together with district head Shin Yeon-hee and some 30 sheriffs after the appointment ceremony. About 2,000 sheriffs are engaged in the protective detail in Gangnam-gu.

The actor will also promote the district's various events and tourist attractions to both local and foreign visitors, together with the ward's other publicity ambassador, actress Jang Na-ra.

"Actor Park Joong-hoon named Gangnam-gu ambassador"
by HanCinema is licensed under a Creative Commons Attribution-Share Alike 3.0 Unported License.
Based on a work from this source