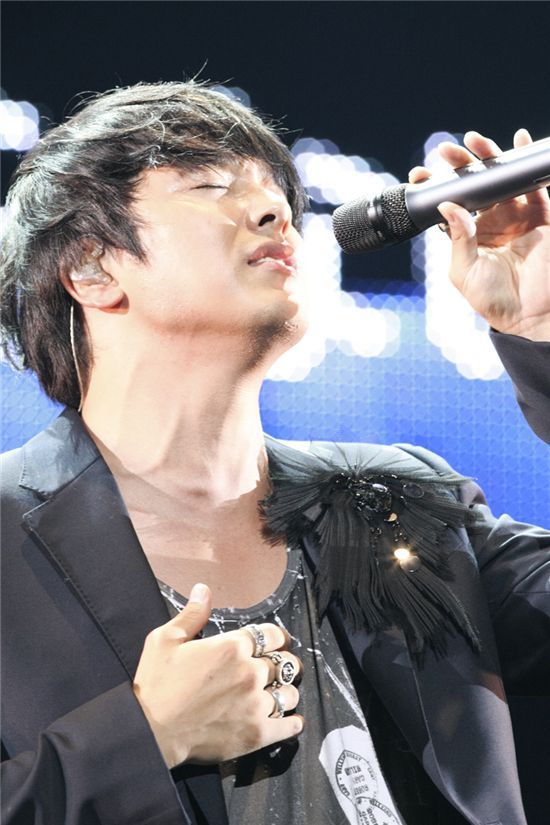 Singer and actor Park Yong-ha was found dead at his home today morning after apparently committing suicide, according to a police source.

Gangnam Police Station said Park's mother found the 32-year-old celebrity hanging himself by from the cord of his mobile phone charger at around 5:30 a.m.

Police have yet to announce the details to Park's death -- they are investigating into the cause behind his suicide based on testimonies by his family.

A source close to the actor said Park had been having a hard time coping with his father's illness. "He had much filial love for his parents. I heard his father, suffering from a chronic disease, was recently moved home from the hospital".

Park's body has been placed at Seoul St. Mary's Hospital.

Park, 32, gained popularity throughout Asia after appearing in "Winter Sonata", a drama that first started the Hallyu craze, alongside top actors Bae Yong-joon and Choi Ji-woo.

He has also led a successful singing career in Japan where he has placed several albums within the top 10 ranks of the Oricon charts and won four consecutive Japan Gold Disc Awards.

Most recently, he had been set to star in the small screen adaptation "Love Song - Drama" of legendary Hong Kong pic "Comrades, Almost a Love Story", across actress Yoon Eun-hye.

A major Hollywood studio had shown interest in the series which was revving up to go into shoot around late July and air in Korea at the end of the year.

"Actor Park Yong-ha found dead in apparent suicide"
by HanCinema is licensed under a Creative Commons Attribution-Share Alike 3.0 Unported License.
Based on a work from this source