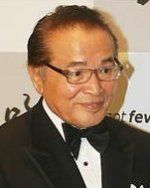 The veteran of the screen plans on dividing the considerable donation between the Myungbo Art Hall in Jung-gu, central Seoul, and the Sinyoung Cinema Museum on Jeju Island, the country's largest film museum. Shin said that he wished to donate the money in order to further the training of those talented in the artistic and cinematic spheres.

The actor met with the press Monday afternoon in order to give a more in-depth explanation and to discuss the management of his donation. Expected to attend were Jung In-yeop, chairman of the Korea Film Directors' Society Incorporated; Lee Duk-hwa, chairman of the Korea Actors' Association; Park Jong-won, president of the Korean National University of Arts; and veteran actor Ahn Sung-ki.

The 81-year-old Shin was born in Pyeongsan, Hwanghae Province, now in North Korea. The actor starred in the 1961 "Prince Yeonsan", directed by Shin Sang-ok, the 1966 "A Water Mill" by director Lee Man-hee-I, and appeared in more than 300 films.

He was also once a member of the National Assembly.