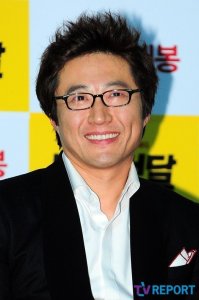 Top actor Park Shin-yang Monday won a legal victory in his efforts to get the production firm for "War of Money", which he starred in, to pay him a guaranteed fee.

The Seoul High Court upheld a lower court ruling and ordered the production firm to pay 380 million won it had promised for extra appearances Park made in the popular television series.

"Although the guarantees promised in the extra contract were three times that paid for Park's appearances in the original contract, the signing of the contract didn't involve anything that was seen as being illegal", the court said.

Park appeared in the television series at the end of 2006 based on a contract that promised him 45 million won for each of 16 installments. When the SBS series was a success, the production company and Park agreed on four extra episodes in which Park appeared for 600 million won in total. Park took legal action when the production firm failed to pay him as promised.

"Actor Wins Legal Battle Over Unpaid Guarantees"
by HanCinema is licensed under a Creative Commons Attribution-Share Alike 3.0 Unported License.
Based on a work from this source