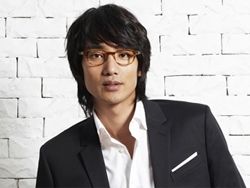 Actor Yeo Wook-hwan issued an official apology through his management company's, Sidus HQ's, official website on January 11th, regarding his drunken hit and run accident. Yeo had run into a car in the middle of Shinsa-dong Intersection in Gangnam-gu of Seoul on the night of January 10th. He was booked without detention for fleeing the scene while also having a blood alcohol level of 0.172%.

On his January 11th posting, Yeo stated, "Hello, this is Yeo Wook-hwan. I'm sorry and again so sorry about showing a not so good side of me. I can't even lift my head because I'm ashamed of disappointing so many people with my immature behavior. I will reflect upon and repent continuously for failing to be a mature adult. I will deeply engrave into my heart everyone's words of rebuke that I received and punish myself so that I don't show such lacking behavior again. I know that I have no explanation or excuse and have nothing else to say other than that I'm so sorry and regretful. From now on, I will live earnestly with a heart of self-examination and self-reflection. Once again, I want to bow my head and give everyone an apology".

"Actor Yeo Wook-hwan Apologizes For Drunken Hit & Run Accident"
by HanCinema is licensed under a Creative Commons Attribution-Share Alike 3.0 Unported License.
Based on a work from this source