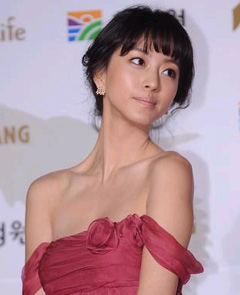 Actress Han Ye-seul has been charged with a hit-and-run offense. According to Seoul Gangnam Police on Wednesday, Han has been charged with hitting a 36-year-old man identified only by his surname Do in the lower back with the rearview mirror of her Porsche on Tuesday morning at the entrance to the parking lot of an apartment building in Samseong-dong and fleeing the scene.

A police officer said CCTV footage shows Han hitting Do's back with the rearview mirror of her car, causing Do to teeter and grab the trunk of the car in front of him.

Han's lawyers reportedly met Do and offered him W5 million (US$1=W1,075) in compensation, but Do claimed Han did not apologize while his doctor told him the injury will take two weeks to heal properly. He therefore reported the actress to police.

In a statement, Han's management agency Sidus HQ denied she fled the scene of the accident, and unveiled their own CCTV footage of the accident. Police plan to question the actress on Friday.

"Actress Charged in Hit-and-Run Accident"
by HanCinema is licensed under a Creative Commons Attribution-Share Alike 3.0 Unported License.
Based on a work from this source