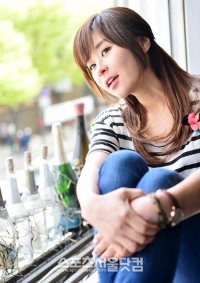 This is the first case of a Korean celebrity donating marrow to an unknown patient.

Reportedly, the 30-year-old movie star went to a Seoul-based hospital last Tuesday and donated the marrow on Wednesday.

"After learning that we found a patient who has a completely compatible genetic code with her, Choi stopped shooting her film and promptly visited the hospital to undergo a physical check-up in order to confirm a biological match with the recipient", the KMDP said.

Her management agency said she is in good health now. "We tried to discourage her from doing it for fear of harming her health. But Choi was adamant in donating to the patient so we accepted her proposal".

Bone marrow is the soft tissue found in the hollow interior of bones especially the hip and thighbones. It contains immature cells, called stem cells, which develop into red blood cells that transport oxygen throughout the body.

Experts say following bone marrow transfers, the donor can experience some post-surgery complications such as dizziness for several days. So it is essential for the donor to rest.

KMDP said Choi pledged to become a bone-marrow donor in 1999.

For the celebrity, this is not the first experience of contributing to disease-stricken people.

In October 2006, she was granted a silver medal from Korea National Red Cross in recognition of her frequent blood donations.

She was also the first entertainer here who received the medal from the Red Cross.

"It is very rare to find a person who has a completely compatible bone marrow with the patient", KMDP said. "We sincerely appreciate her donation and also wish her good deed will encourage more people to participate in our marrow donation campaign".

"Actress Choi Kang-hee Donates Bone-Marrow"
by HanCinema is licensed under a Creative Commons Attribution-Share Alike 3.0 Unported License.
Based on a work from this source