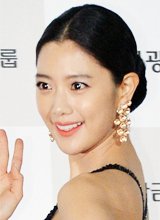 Instead, prosecutors indicted Lee for threatening the actress.

While investigating the complaint against Clara, the prosecution found out he had made threats against the starlet. Lee allegedly threatened to have her killed or maimed.

On a recording allegedly from August last year, Lee is heard to say, "It may be scary to hear but [I] could cut your neck in a moment. [I] could make you disabled, anything is possible".