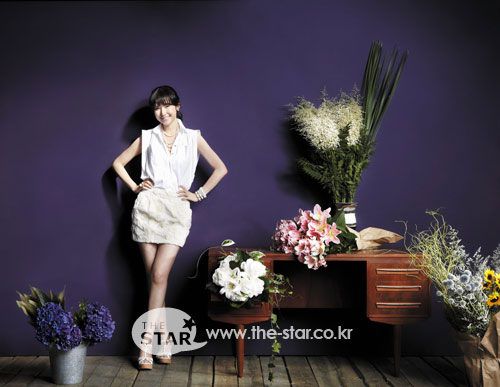 Actress Kong Hyun-joo's passion for her new profession as a florist has captured the imagination of fans.

Kong has become a floral designer for parties, weddings, TV shows and magazines, as well as a flower columnist. "Looking at beautiful flowers makes me happy", she says. "The pleasure of being a florist is that I can spread that happiness around".

After KBS TV drama "You Are My Destiny", Kong moved to Britain to train at the McQueens Floristry School. She also learned flower art from world-famous Japanese florist Naoki Sasaki.

More recently she participated in a charity program and donated the entire proceeds from sales of her work to Join Together Society, which is committed to fighting global poverty, disease and illiteracy.

Kong, who started in entertainment in the 2001 Super Elite Model contest, has appeared in a number of TV dramas such as "You Are My Destiny", "Flower for My Life", and "Golden Bride".