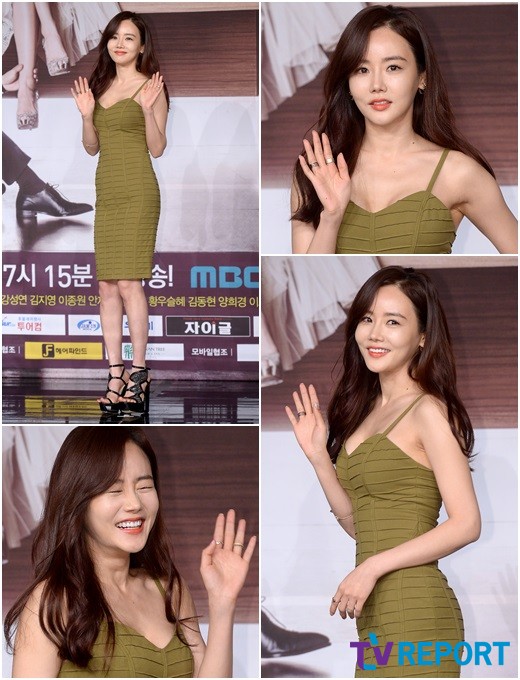 She is posing for reporters during the photo time of the event .

Hwang Woo-seul-hye showed off her curvaceous body in the tight dress with plunging neckline. Her sensational look in that dress received so much attention from the photographers on the venue.

Daily drama, 'The Great Wives' depicts shocking revenge, marriages at risk and a secret murder case surrounding the three high school alumni, who later encounter in an elevator of an apartment. It premiers on June 15th. 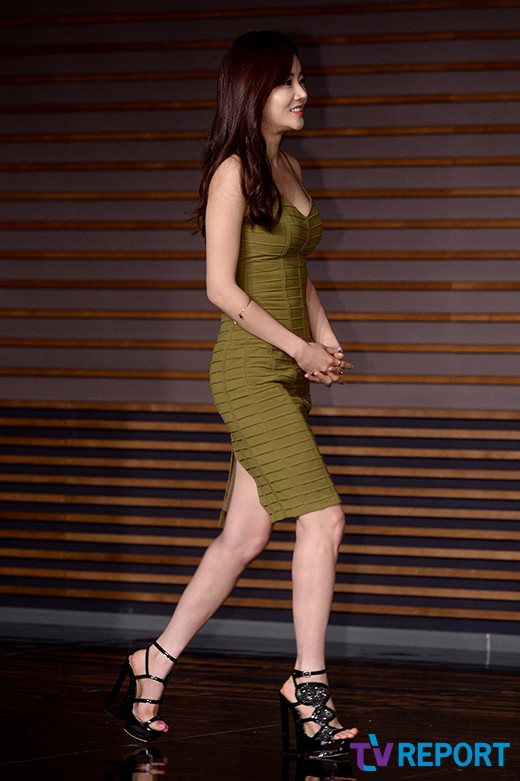 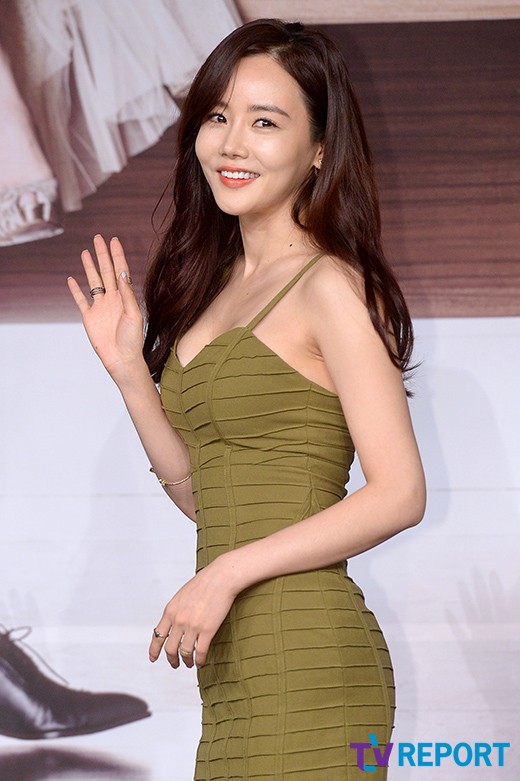 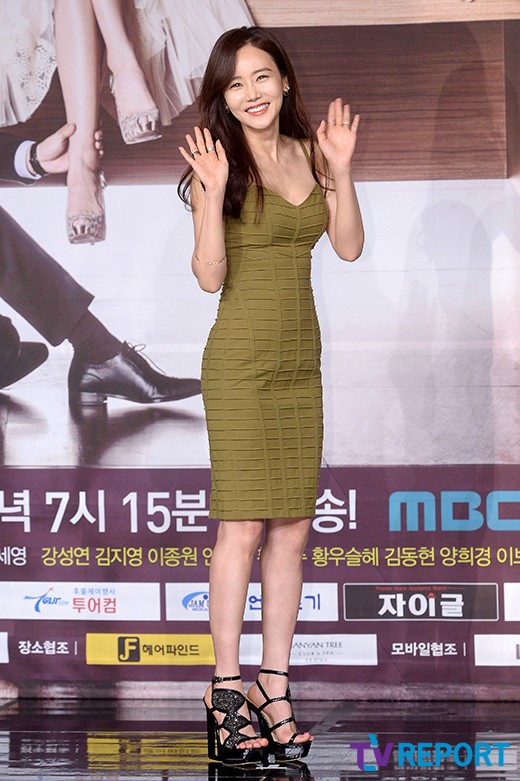 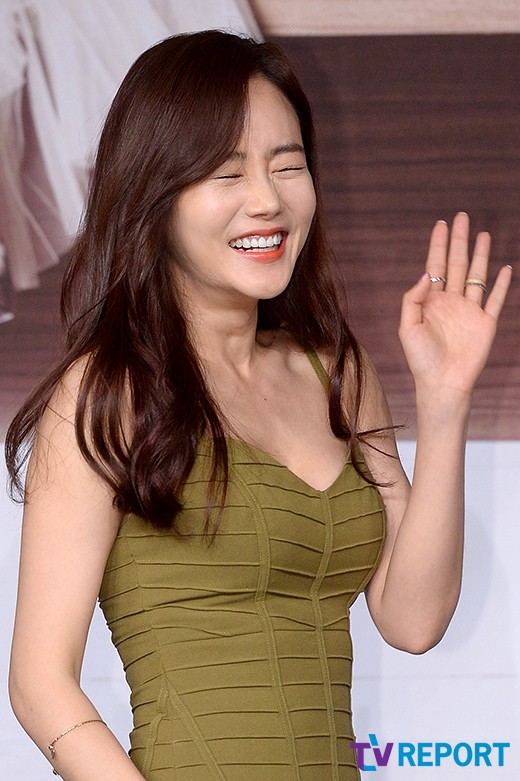 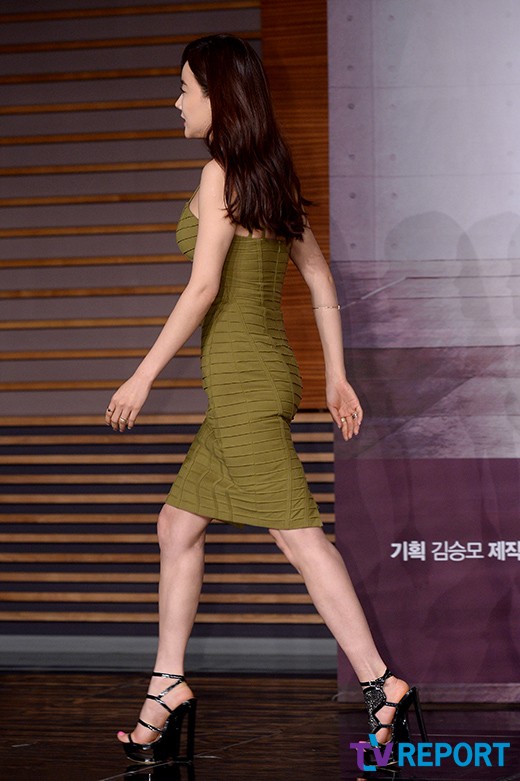 "Actress Hwang Woo-seul-hye looks stunning in curve-hugging dress"
by HanCinema is licensed under a Creative Commons Attribution-Share Alike 3.0 Unported License.
Based on a work from this source