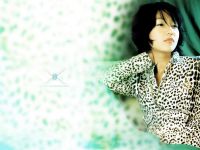 Actress Jang Jin-yeong (34) has been admitted to a hospital after being diagnosed with stomach cancer.

"Jang Jing-yeong has been admitted to a hospital in Seoul for further examination", said her agent from Yedang Entertainment. "We are not sure of what stage she's in, but we heard that her cancer should be curable", they explained.