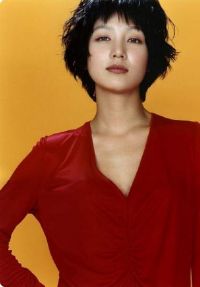 One of Korea's top actresses, a favorite with critics and audiences alike, Jang Jin-yeong passed away Sep 1, at the young age of 35. Diagnosed last September with stomach cancer after a routine check-up, the actress was said to be recovering when her condition took a turn for the worse last month.

JANG's acting career took off in tandem with the boom in the Korean film industry. She debuted in "Ghost in Love" (1998), but drew attention for her strong performance opposite Song Kang-ho in hit 2000 film "The Foul King" by Kim Jee-woon. Her role in 2001 horror "Sorum" won her numerous best actress awards in Korea, and one abroad at Portugal's Fantasporto International Fantasy Film Festival.

Her role in the 2003 hit "Singles" earned her the best actress prize at the nation's Blue Dragon Awards and won her a broad fan following. She continued to win prizes for her leading roles in "Blue Swallow" (2005) and "Between Love and Hate" ("The Unbearable Lightness of Dating" - 2006). Her last role was in the SBS TV series "Lobbyist" (2007).

"Actress Jang Jin-yeong's Death Saddens Industry"
by HanCinema is licensed under a Creative Commons Attribution-Share Alike 3.0 Unported License.
Based on a work from this source