Actress Jeon to Wed With Alumnus in Oct. 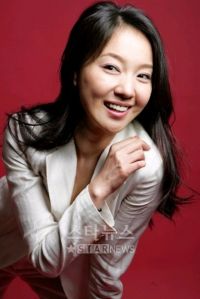 According to Jeon's agent, Jeon will tie the knot with Yoon Duck-hwan, 31, in her hometown of Hongcheon, Gangwon Province, on Oct. 11. As alumni of a primary school in Hongcheon, they became a couple recently after maintaining a friendship for some 20 years.

As a cousin of famous TV celebrity Yoon Moon-sik, Yoon is a businessman, and sells garments and leases building offices. They are scheduled to hold a wedding ceremony at a villa owned by Jeon's father.