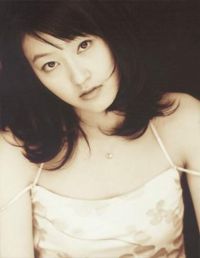 More than 40,000 volunteers are in Taean, South Chungcheong Province, to help clean up after one of the worst oil spill disaster, including celebrities.

Korean actress Park Jin-hee, 31, went down to the location and participated the clean up with a group of volunteers from the Information Network Village. Park is spokesperson of the project group, which aims to reduce the digital gap between the rural and urban areas.

The news of her aid became known when a fellow volunteer posted pictures and stories of their work.

"I didn't recognize her at first because she was wearing a mask. But when I did, I was surprised to see her work so hard", the volunteer wrote on her blog.

A friend of Park explained that the actress was always interested in environmental issues and when she first heard about the news of Taean, she insisted that she wanted to go and help as soon as possible.

"We even didn't know about her volunteering. We learned only after her pictures and stories were posted on the Internet", Park's agency, Astin Entertainment said.

Meanwhile, a group of Korean entertainers visited Taean to help out as well. Comedians Lee Kyung-kyu, Kim Yong-man and others assisted in clean up work while they were shooting their entertainment program, "Line up!" Actor Bae Yong-joon of the hit drama "Taewangsasingi"("The Legend", The Four Guardian Gods of the King) also delivered $300,000 worth of equipment to the site.

"Actress Joins Oil Cleanup Campaign"
by HanCinema is licensed under a Creative Commons Attribution-Share Alike 3.0 Unported License.
Based on a work from this source