Actress Kang Hye-jung has been cast in an American film entitled "Wedding Palace". 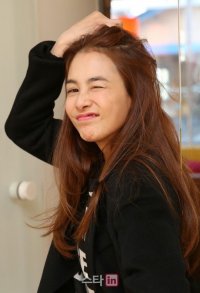 Kang's management agency YG Entertainment said Kang Hye-jung has been cast in the film to be directed by Korean-American film director Christine Yoo. The romantic comedy is about the life of a couple from two different cultural backgrounds who meet in Los Angeles and get married.

Korean-American actor Brian Tee, who appeared in "Fast and the Furious", will also star. The film will be produced by TU Productions, jointly founded by Yoo and Tee.

The film shoot will begin in LA late September. Most of the scenes will be shot in the United States and some of it will be filmed in Korea.