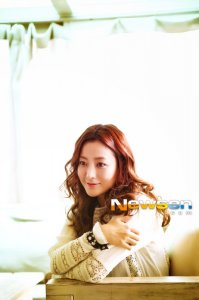 Actress Kim Hee-sun has begun a promotion tour in Japan with support from her close celebrity friends.

In the messages, the actors spoke of how they felt about Kim while working together with her.

After the news conference, the Korean beauty met with 1,300 fans, sang the theme song of her drama 'Sad Love Story', and played the piano. She also gave out gifts and took pictures with fans.

The fan meeting in Japan was arranged at the invitation of Fuji TV, which aired 'Sad Love Story'.