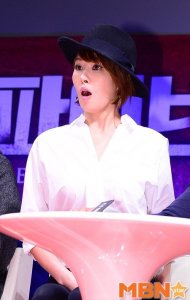 Seoul Central District Court ruled against a local film production company Thursday in a lawsuit filed against actress Kim Sun-ah seeking compensation. The court ruled that the filmmaker was not entitled to the one billion won -- including a 400 million contract fee for appearing in a movie -- it sought from the actress after she withdrew from the production.

In the ruling the court stated: "The production company's lack of preparation caused a delay in the making of the film, and Kim's shoulder injury was previously reflected in the shooting schedule". It also said that the filmmaker failed to take any action to find a new director after the first director quit in October 2006. "With the film's scenario unfinished, it was also impossible to keep to any shooting schedule", the court added.

The movie production "Yoon & Jun" filed the lawsuit earlier this year against Kim and her management agency IHQ Entertainment over the movie. It alleged that shooting was suspended because Kim had caused delays in filming, resulting in the director's unexpected resignation. It also alleged her shoulder injury had negatively affected the shooting schedule.

The film was later completed with Kim Yunjin, the star of the U.S. series "Lost", substituting for Kim Sun-ah, and was released last month under the new title "Seven Days".

"Actress Kim Sun-ah Wins Lawsuit"
by HanCinema is licensed under a Creative Commons Attribution-Share Alike 3.0 Unported License.
Based on a work from this source