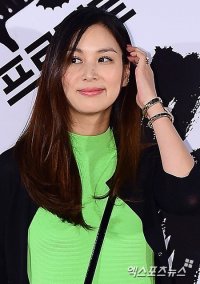 Actress Ko So-young has sued 35 netizens for libel through the Seoul Central District Prosecutors' Office, accusing them of spreading false rumors about her private life through Internet message boards, cafes, and blogs.

"Some netizens have spread lies in cyberspace for several years, saying that I'm personally close to a particular person who I have never met", Ko said through her lawyers.

"As an unmarried woman and a public entertainer, I felt shock and shame, but I refrained from direct response and instead asked the portal sites to delete the comments, hoping that the rumors would naturally be revealed to be false", Ko said.

"But every time I was the subject of discussion, these lies were deliberately repeated and spread off-line. I have no choice but to sue the writers", she continued.

She added, "Spreading false stories about personal life with irresponsible and evil intentions under the protection of anonymity must be stopped. I hope these legal actions will be an opportunity to solve my personal problems and improve cyber etiquette".

Last month Ko threatened through her fan website that she would take legal action to stop the Internet slanders about her love life and a rumored baby.

People who write malicious Internet messages can be punished under the Information Protection Law and criminal laws. Rumor-mongers can be sentenced to up to seven years in prison or fined up to W50 million.

Last January, Lim Su-Kyung, who visited North Korea in 1989, sued 25 netizens who wrote malicious messages mocking her son's death. Prosecutors fined 14 of the writers W1 million each for the insults. It was the first time netizens had been prosecuted for the content of Internet messages.

Last June, Kim Tae-hee sued 34 netizens who wrote malicious messages about her alleged marriage to a chaebol son and her pregnancy. Eleven were indicted but Kim withdrew the charges.