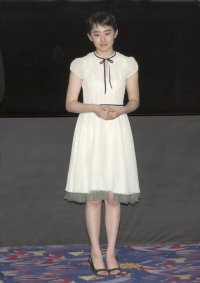 Actress Moon Geun-young Thursday said she will donate a building used as a "study room" for poor students to a charity group, saying that she will continue to support the facility.

Moon has been running Ttangkkeut Gongbubang (study room at the end of the land) since 2006 by letting a Protestant clergyman take care of the facility.

She will donate it to the NGO "Good People" to give students a better environment in which to study. "I think everyone wants children to be happy and study well. I hope the students there continue their studies just as they've been doing", the actress said.

Moon financed the building of the study facility in 2006 when she heard that children in Haenam, South Jeolla Province, were on the verge of being driven out of the facility that pastor Bae Yo-seob and his wife Kim Hye-won had been running due to financial difficulties.

Bae and Kim taught them school subjects and mentored them, and Moon donated 300 million won ($230,000) to buy the land, build a proper facility with a library, computer room, shower facility and a restaurant.

Moon originally planned to donate the building to Bae, but he turned it down, saying that he is an ordinary clergyman and cannot accept it on a personal level. He instead recommended the charity group to Moon.

Good People World Family is an international charity group of UN UCOSCO special consultative status aiming to improve self-sustainability and eradicate extreme poverty through restoration of self-esteem using the principles of human dignity and equality at a global level.

"Actress Moon Donates Study Facility to Charity"
by HanCinema is licensed under a Creative Commons Attribution-Share Alike 3.0 Unported License.
Based on a work from this source