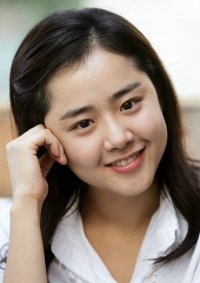 Actress Moon Geun-young can breathe a sigh of relief as an ideologically-motivated legal battle involving Moon and her family finally came to an end Thursday.

The Seoul Central District Court handed down a ruling in favor of Jin Joong-kwon, a liberal scholar who worked for Chung-Ang University, in a suit brought to the court by ultra-conservative commentator Ji Man-won over remarks made by Jin.

Judge Seo Ki-ho said in the ruling Jin's remarks couldn't be seen as insulting, dismissing all charges against the liberal scholar. "Ji's remarks were regarded as a sort of satire on society", the judge added.

The dispute was triggered late last year when it was revealed that the 22-year-old actress, nicknamed the country's "kid sister", made a big donation.

Moon wanted to remain anonymous but Community Chest, which received her donations, revealed her identity as it was under pressure by the inquisitive media.

The Seoul-based charity group announced she had anonymously donated more than 850 million won ($730,000) over the past six years, making her one of the biggest individual givers in the country.

But the announcement put her in the middle of a rekindled ideological fight.

In an online chatroom, the 67-year-old conservative scholar Ji called the good deed "communist-led psychological warfare" aimed at spreading communism, pointing out that the actress's late grandfather was a communist sympathizer.

Her late grandfather was a pro-communist guerrilla in the South during and after the Korean War (1950-1953).

The liberal scholar Jin attacked Ji by saying, "He is mentally ill and can get treatment free of charge, the next time the liberal government takes power". The rightist sued Jin over the comment.

The spat pitted political parties against each other. In reaction, the progressive Democratic Labor Party defended Moon, saying, "Her grandfather was a victim of our heart-wrenching history. We should not use it as a means to criticize those with different ideology".

"Actress Moon's Sigh of Relief"
by HanCinema is licensed under a Creative Commons Attribution-Share Alike 3.0 Unported License.
Based on a work from this source